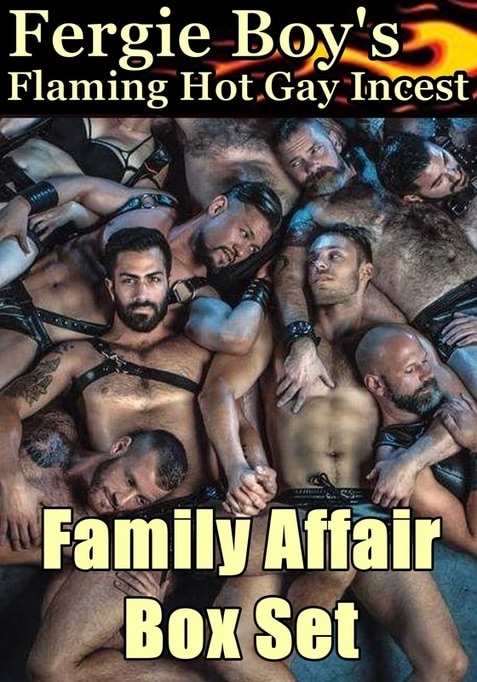 A box set collection of four stories from the 'Keeping it in the Family' series, where male family members get it together as a group and break the rules of taboo. The box set includes:

A Taboo Too Far - Two brothers are caught in the woods getting up to mischief, but thankfully their dad isn't annoyed. He's delighted in fact, having realised that his sons would like him to join in.
Family Business - The building trade is the McEwan family business, run by brothers Rab and Joe. Rab's son Alex isn't joining it though. He's off to university instead. But before he leaves home, there is another family business that might be of interest to this randy gay lad - a secret one that his dad and uncle have been engaging in for the past eighteen years.
Family Education - All Harry wanted was to see his dad smile when he spied on him and his uncle in their workshop. But he saw more than a smile. He saw things that didn't seem proper between brothers, yet excited Harry enormously. It's the first step down a path that will teach Harry so many things. He might have left school and is on vacation, but he's going to learn plenty, thanks to some... Family Education.
Coming of Age - Dad and Dan / Dan and Dad - they look the same and they sound the same, and in Stuart's incestuous fantasies, they interchange. Dad works on the oil rigs, and his elder son Dan is in jail for GBH - two rough and rugged men who are the stuff of gay boy dreams. Both are absent, and emotionally remote. But when Dan turns up unexpected, talk of prison life leads to one heck of a Coming of Age party.
​
​Click on the book cover to go to Smashwords where all formats are available.