KEEP IT IN THE FAMILY 2 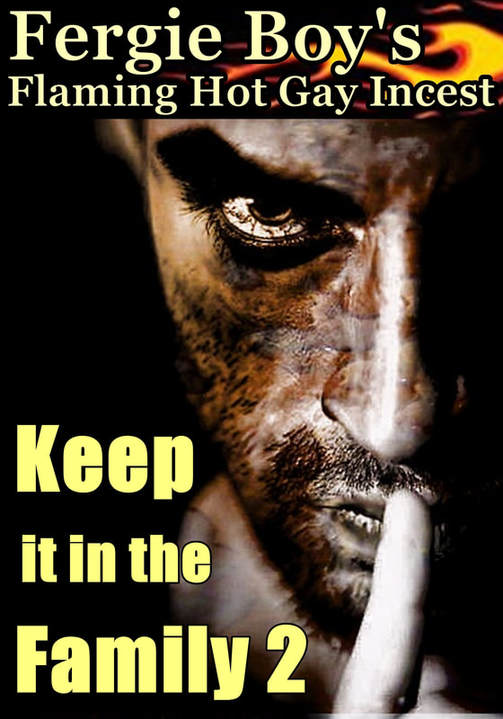 A darker side to gay incest.
It's the great taboo. And while forbidden sex is often the sweetest, a little spice can add to the flavour when related men get it together and surrender themselves to another love that dares not proclaim its name.
Father and son; brother and brother - that is the theme for this collection. Intense couplings where suppressed desire finally explodes with a darker edge than in  volume one...
There's an audacious son who has to be punished for a stunt at work. A lazy brother who's looking for a slave to do his bidding and worship his body. A father who agrees to be placed in bondage, but the game goes further than initially agreed. And a violent plumber who finally cracks and reveals himself to his manic brother. That's the what you'll find in these flaming hot incestuous encounters.
N.B. These are new Fergie Boy stories, not previously released under his name. As with much of his writing, there is some overlap with the non-incest work of Jack Brighton.

​Click on the book cover to go to Smashwords where all formats are available.