PUTTING ON A SHOW FOR DAD 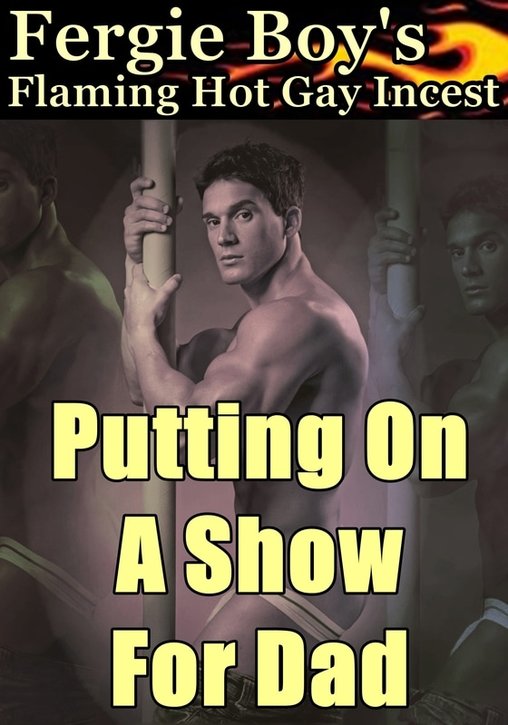 ​Josh is at drama school, training to be an actor. And tonight he's putting on the performance of his life. It might not win him a BAFTA or an Oscar, but the prize at stake is so much better.
After seven years' absence, his prodigal father has turned up out of the blue. Josh was only twelve the last time he saw him, and had never thought of his father in an inappropriate way. But now he sees Dad through a fresh pair of eyes. Josh is a submissive, who's never trusted anyone enough to embrace the part. Dad, however, likes to be in control, and after a spell in jail, he's developed a taste for pliant young men. He's big and rugged and exactly Josh's type. But he's also his father, which could prove a problem.
Or maybe not!
Dad wants his actor son to put on a show. So raise the curtains, and watch the sparks fly.

​Click on the book cover to go to Smashwords where all formats are available.